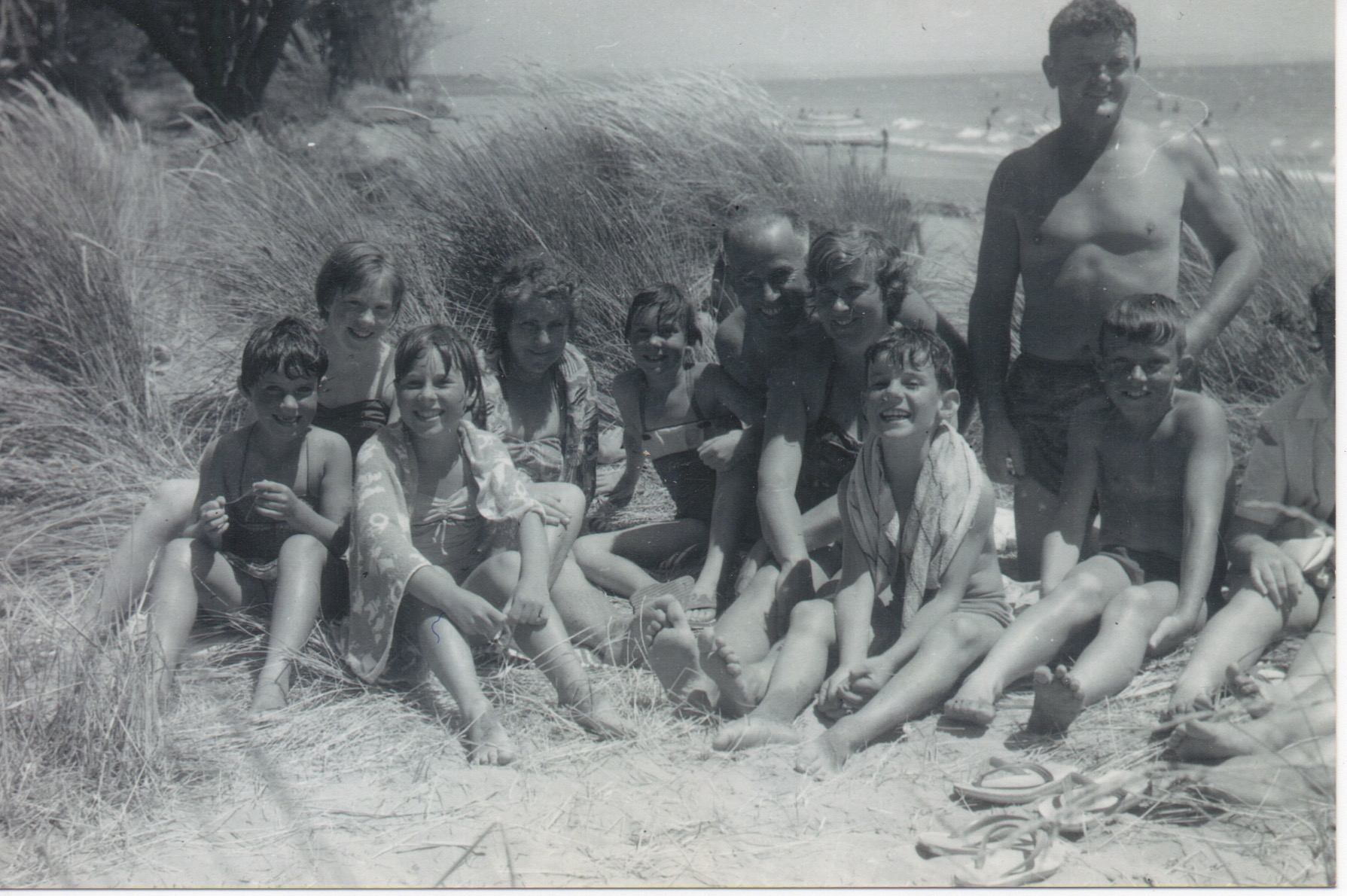 Walter Nash was prime minister of New Zealand when Diane Harris’ family first embarked on the road trip from Ashburton to Nelson on Boxing Day in 1958. At the time, the road up the coast via Kaikoura was only gravel. Diane’s family made the journey in a Humber 80, towing a trailer full of camping gear. “It was like driving a lawn mower,” she laughs. Not surprisingly the trip took about eight hours.

Diane spent her formative childhood years holidaying at Tahuna Beach Holiday Park, then known as Tahuna Motor Camp. Diane’s family camped at the park for 13 years running. Cousins from Ashburton and family friends from Rangiora often joined them and Diane also remembers becoming friendly with a family from Auckland. They always stayed for three weeks and saw in the New Year at Tahunanui until 1970, when Diane was 16 years old.

“It was a time of not knowing any dangers in the world,” Diane recollects. “I have such fond memories, it was 13 years of the most fabulous family time. We didn’t have a care in the world, didn’t want for anything, and didn’t have anything. We kids ran wild, went to the beach on our own, swam, hunted for sand crabs and built sandcastles. The tide would come in, take it all away, and we’d start over again.”

In 1958, television had not yet started in New Zealand and the country’s first supermarket, Foodtown, had only just opened in Otahuhu during the winter. The Harris family would harvest vegetables from their backyard garden on Christmas Day before making the long journey north.

“Dad would dig a hole and bury the veggies in a burlap sack not far from where we pitched the tent. He’d hang a safe in the tree to keep our milk cool.”

There were, however, a few treats from the camp’s canteen. “You could buy an ice cream for two shillings. Mum would buy a pint of Hokey Pokey and cut it into exactly five shares for the family.”

Joy, like all the mothers at the time, would have been wearing a waisted cotton dress, fashionable again today in retro stores.

Diane remembers car racing on the sand dunes, until someone was tragically killed. She also mentions the Great Benyon, a magician and comedian who performed at the beach every day.

Diane, on the other hand, admits she might have taken the Great Benyon a little for granted, adding, “I thought all beaches had a Great Benyon”.

The family rarely ventured away from the beach during their annual three-week holidays. Diane remembers only ever making the trip into Nelson City once. “We didn’t have money for eating out or shopping.”

Back at the camp, the family enjoyed fish and chips on Friday nights as a weekly treat.

“Home” was a custom-built canvas tent, with a bright green roof and cream canvas wall, created by Mr Patching the canvas maker (an apt name for such a tradesman, who specialised in making and repairing horse rugs). The family could roll up the walls for ventilation during the day and roll them back down again at dusk. Inside, they slept on five matching camp stretchers in five matching sleep bags. Tucked underneath were five matching suitcases.

“The only bad thing about being on holiday in Nelson was that I couldn’t bring my pony with me.”

When the family made their final trip in 1970, Diane was a young woman aged 16 and the world was a very different place. A few years earlier, a referendum had extended hotel closing hours in New Zealand to 10pm. Regular television programmes had been on air for a decade. Radio Hauraki was granted the very first commercial radio licence in New Zealand. Police and anti-Vietnam war protestors clashed outside the Intercontinental Hotel in Auckland, where visiting U.S. Vice-president Spiro Agnew was staying.

Diane believes the regular summer sojourns in the top of the South gave both her and her siblings a taste for travel. She now lives beside the Motueka River and works for New Zealand’s official tourism quality assurance organisation Qualmark, a job that entails many kilometres of travel every week.

Postscript: Incidentally, as a tribute to her father, Diane, Trish and Tony told some of the Great Benyon’s jokes at her father’s funeral in 2004. They were indelibly etched in all three siblings’ minds.